Photos: 10 of the best buddy movies—and what they can teach about teamwork

You know the formula. Two people from wildly different backgrounds are thrust into each other's lives. Begrudgingly, the unlikely duo bond throughout their hilarious shared escapade—typically a high-stakes mission of great consequence.

Whether due to a kidnapping, a divorce, or maybe even an accidental killing, our protagonists must shoulder what feels like the weight of the world.

And the new friends find themselves at odds. But in grand fashion, their friendship is reignited, and the importance of their mission is reaffirmed. In the eleventh hour, with the cards stacked against them, our blundering protagonists manage to outwit or out-muscle the enemy and save the day.

ClickUp looked into the history of buddy movies and highlighted 10 with at least 10,000 votes on IMDb and at least a 7.0 IMDb user rating or a 70 Metascore. They are listed in alphabetical order.Films in this genre appeal to our human nature: They're funny, pull at our heartstrings, and the best ones rise to the top of the heap—often thanks to the incredible chemistry between the leading cast members demonstrating the immovable force of friendship.

The buddy film has been a mainstay in Hollywood since at least as early as the 1930s. Throughout the 1970s and 1980s, the genre evolved to include casting biracial duos. And by the 1990s, more women buddy movies hit the big screen. Still, men have historically dominated roles in this genre—and because of this, films with male leads are over-represented on this list. Be aware: spoilers ahead. 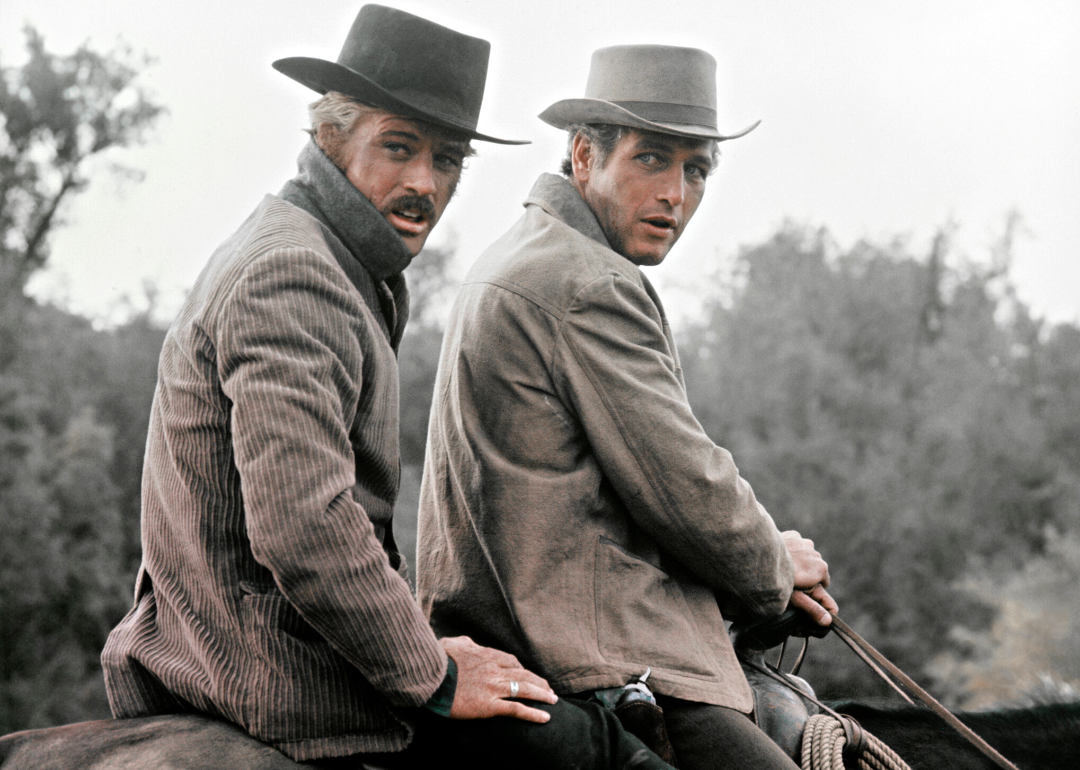 Butch Cassidy and the Sundance Kid (1969)

"Butch Cassidy & The Sundance Kid" stars Paul Newman and Robert Redford in legendary roles as the leaders of a bank-pilfering criminal organization constantly embattled with authorities. Eventually, a love interest and an increasing police presence convince the duo to clean up their act, and the two drift apart.

Ultimately their new way of life turns out to be no less violent, and the two return to their outlaw ways. Newman and Redford's characters, based loosely on a true frontier tale, die by each other's side in a blaze of glory, choosing death and friendship over imprisonment or domestic life. 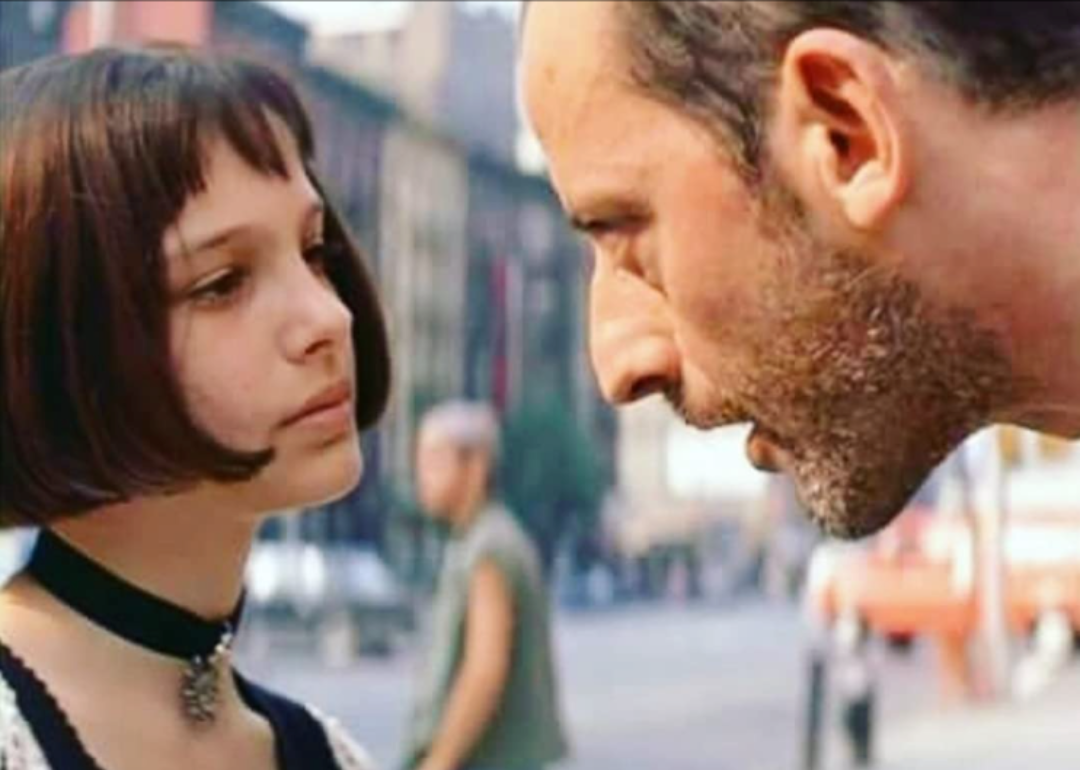 In "Léon: The Professional," a young girl portrayed by Natalie Portman strikes up an unusual relationship with a hitman. The girl's family, tangled up in criminal activities, is murdered by a corrupt federal DEA agent (Gary Oldman).

The R-rated film oozes violence and features an unconventional, platonic love between the quirky hitman and a brazen young girl who has convinced him to help her exact revenge on the family's killer. 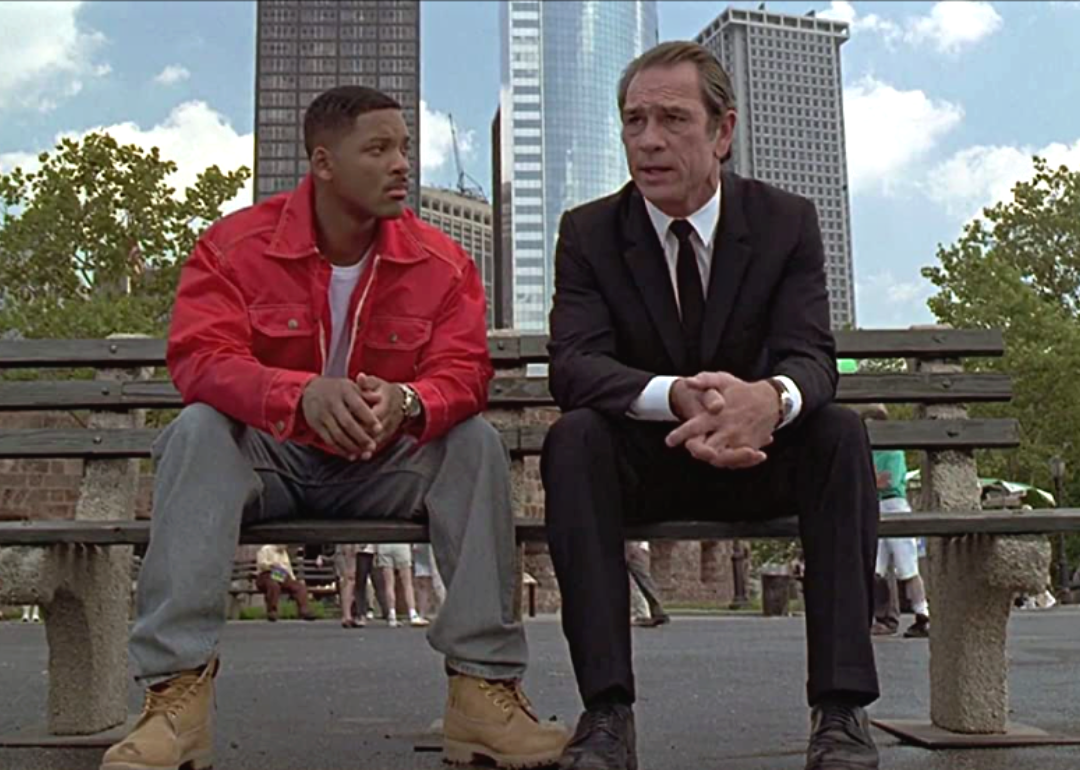 "Men In Black" continues the buddy film genre's penchant for crime-fighting duos—but with an intergalactic twist. Tommy Lee Jones and Will Smith co-star as an outgoing veteran of the secretive MiB organization and the incoming rookie.

The curmudgeonly veteran shows a cocky and naive newbie how to police the world's aliens living disguised among ordinary humans.

Ever at odds with each other, the pair follow known aliens cleaning up their messes, wiping people's memories with their neuralyzers along the way. The duo stumbles across a new cockroach-like alien who threatens to destroy the universe.

The hardened agents share a tender moment when Smith's character wipes Jones' memory before he retires—including all memories of his relationship with Smith. "Midnight Run" stars Robert DeNiro as a bounty hunter hired to track down an accountant who's swindled a crime lord out of money. The buddy comedy was written by Martin Brest, who directed the 1980s hit "Beverly Hills Cop." "Midnight Run" boasts a similar melange of action and suspense.

DeNiro's character, Jack, is the strongman that keeps his cards close to his chest. He eventually reveals his checkered past to his bounty as the two make their way across the country. When Jack learns his employer has duped him, his attitude shifts. Jack's relationship with the accountant (Charles Grodin) ultimately blooms into friendship, leaving the viewer with an example of how two people at odds can unite against a common foe. "The Nice Guys" is a comedy set in the late 1970s that follows two private investigators (Russell Crowe and Ryan Gosling) who attempt to solve the case of a kidnapped young girl. Crowe's character embodies the tough-guy enforcer role, while Gosling portrays the goofy young gun.

The bumbling duo becomes frustrated with each other's differing approaches to detective work until the case explodes into a much larger conspiracy involving the automotive industry. In the end, the detectives put the culprit behind bars, developing respect for each other's differences along the way, and ultimately creating their own detective agency.

The film received nominations for several awards, including two Critics' Choice Awards. It is one of precisely five films Robert Downey Jr. appeared in during the 2010s that was not a Marvel film. The role in which he portrays a dead body is uncredited. Released in 1968, "The Odd Couple" is a comedy that follows two divorced men (Jack Lemmon and Walter Matthau) as they attempt to keep each other company as roommates after they split with their respective wives.

Lemmon and Matthau's characters couldn't be more unlike each other. Felix, portrayed by Lemmon, is a tidy, obsessive personality; Oscar, portrayed by Matthau, is his carefree and lackadaisical counterpart. The two drive each other to the edge, and Felix ultimately moves out, but not before the viewer sees they have picked up valuable lessons from each other's respective approaches to life. 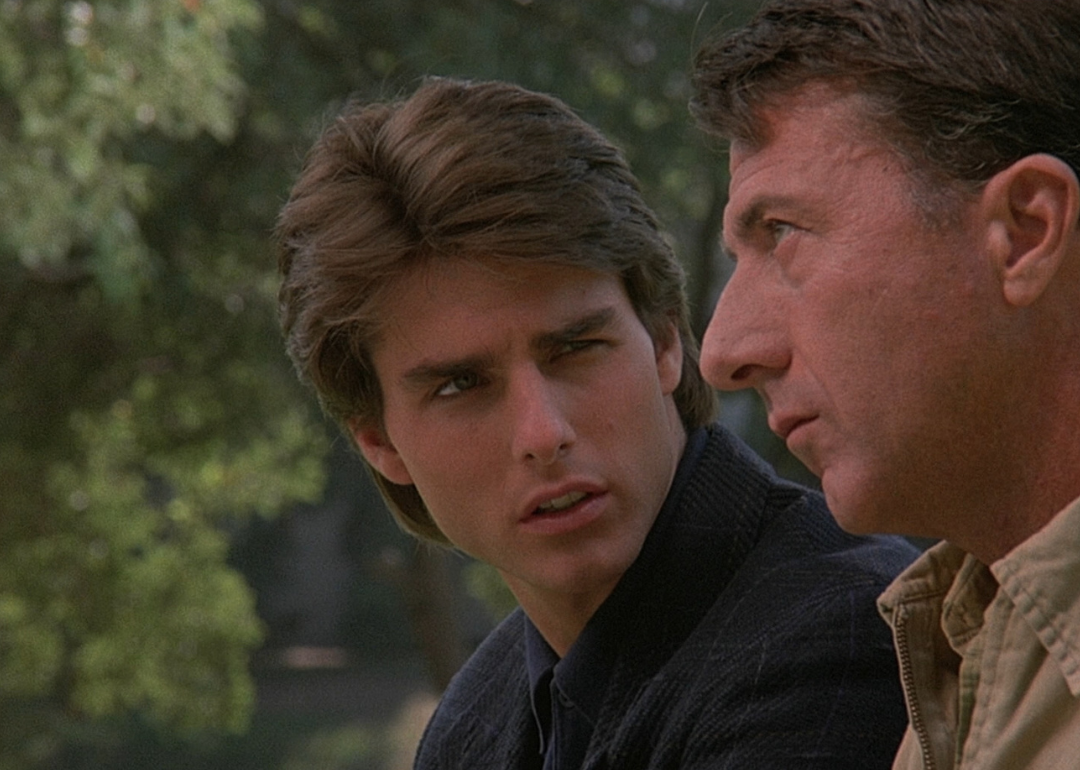 On its face, "Rain Man" is a road trip movie that follows Raymond (Dustin Hoffman), an adult man on the autism spectrum, and his estranged biological brother Charlie (Tom Cruise). As the film develops, it's Cruise's eventual on-screen brotherly love with Hoffman's character that the viewer walks away remembering.

Charlie is a car dealer who learns that his father has left his fortune to Raymond, of whom Charlie has no memory. Throughout their cross-country trip, Charlie's frustration with Raymond gives way to love, and the two share tender moments—including one in which Cruise patiently tries teaching Hoffman's character how to dance with a woman.

The film swept at the 1988 Academy Awards and later garnered criticism for Hoffman's imperfect portrayal of autism and praise for elevating the experiences of people who live on the spectrum. 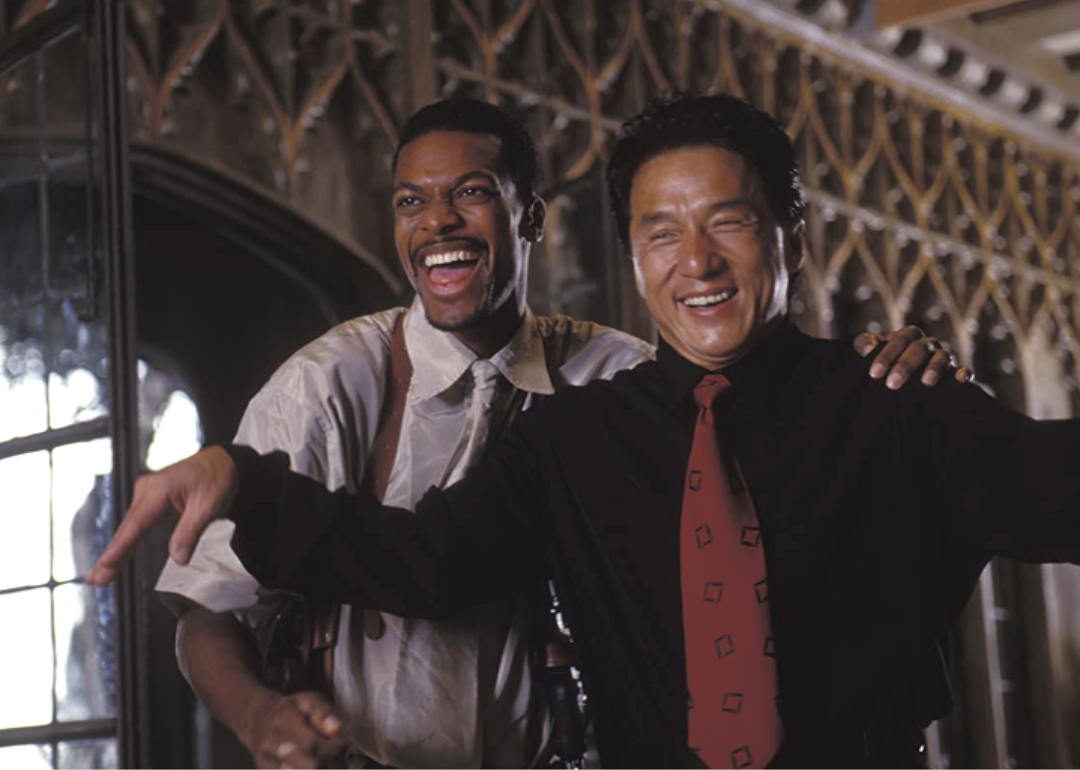 In "Rush Hour," the Los Angeles Police Department's worst detective (Chris Tucker) is tasked by the FBI with keeping a watch on a foreign detective (Jackie Chan), who the LAPD doesn't want interfering in a high-profile kidnapping case.

Ultimately, Tucker and Chan's characters overcome the things that set them apart—race, nationality, and temperament—to pursue the goal of saving a diplomat's young daughter from a criminal syndicate.

The film has remained a part of popular culture through nostalgia for the duo's on-screen chemistry and fan debates over whether the characters' racially charged jokes were harmless ribbing or simply racist. In the movie, Thelma (Geena Davis) and Louise (Susan Sarandon) are friends in very different eras of their lives who find themselves running from the authorities after killing a man who attempted to rape one of them.

The two have very different ideas on moving forward after the incident and ultimately criss-cross the country in a hilarious crime spree.

In the movie, you'll see Brad Pitt in one of his earliest roles, along with Harvey Keitel. Sarandon and Davis were both nominated for best actress in the 1991 Academy Awards. 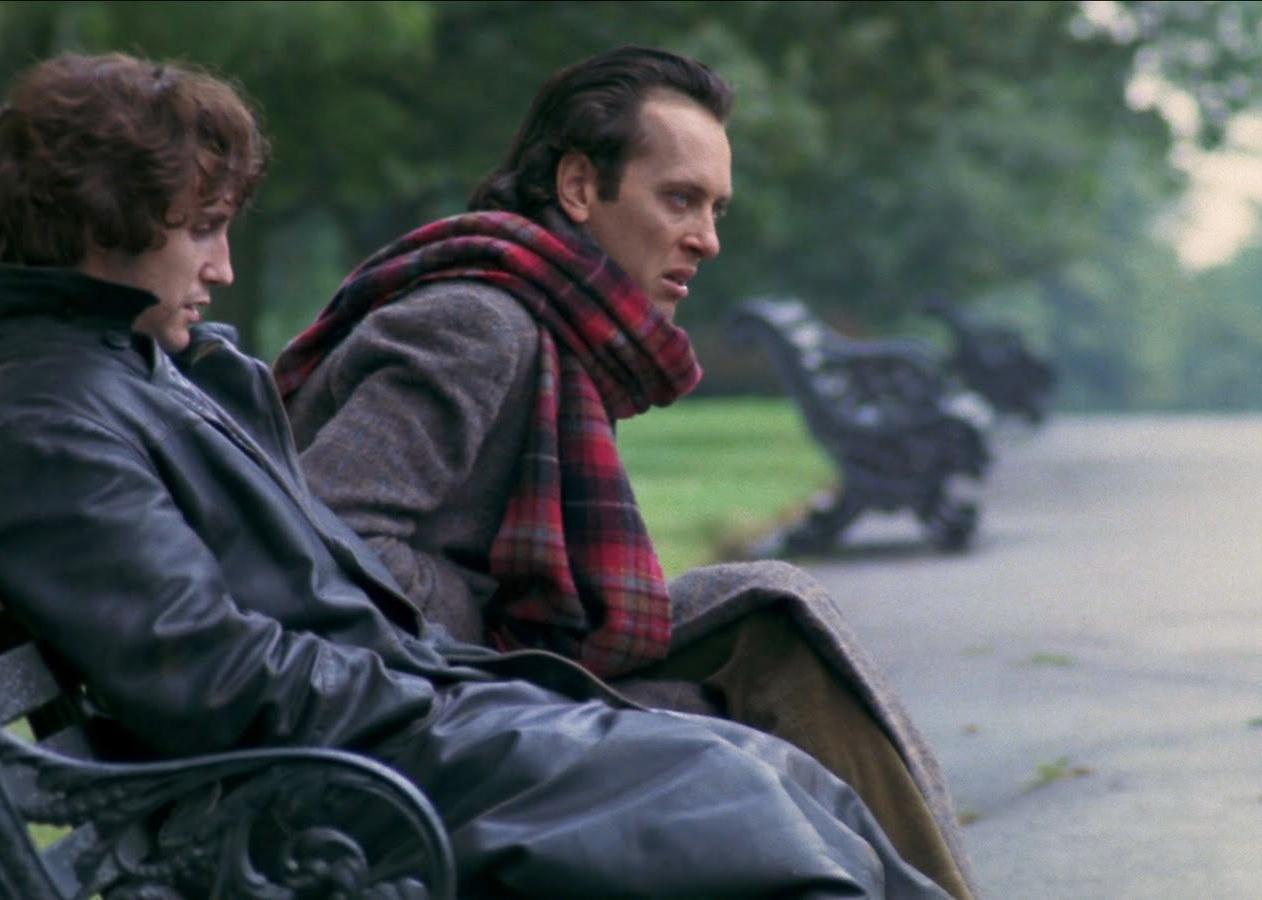 In "Withnail and I," the buddies are a pair of unemployed actors who habitually abuse various substances. The film follows them as they head out on a vacation that puts the roommates' relationship through the wringer.

The unnamed character Paul McGann portrays learns he's been offered a role. But his success is not shared by Withnail, performed by Richard E. Grant, and the two go their separate ways.

A dark comedy and a cult classic, "Withnail & I" leaves the viewer with a picture of two down-on-their-luck men who eventually learn they may have taken each other for granted. The film's source material is an even darker, unpublished novel that ends in suicide, which the director, Robinson, chose to alter for the screen.

This story originally appeared on ClickUp and was produced and distributed in partnership with Stacker Studio.