A Virden Story of Forgiveness

Remembering the 1962 Shooting of Virden RCMP Officer
Nov 22, 2017 2:33 PM By: Virden Empire-Advance
Previous Next
1 / 1 Const. Tony Cooper in his red serge as a young RCMP officer.Submitted
Expand
Previous Next

If you ask Virdenites about police shootings, most will recall the death of RCMP Const. Dennis Onofrey at the Countryside Inn in the early ‘80s, which became a national news story and a book.

It was winter and the 22-year-old constable had just finished his shift. He was off duty relaxing in the single men’s quarters on the third floor of the Scott Block, which was the post office at that time.

“That’s when another member came upstairs looking for help,” Cooper said. “Since I had just gone off duty and hadn’t changed yet into my civvies and didn’t have a date that night, I grabbed my holster. I put it in the back seat of the police car.”

That simple act of putting his holster in the back seat changed everything that was to happen that night.

The call came from police communications that a driver had filled up at the Virden Esso station and sped away without paying. Later they found out the car had been stolen in Winnipeg.

They caught up with the stolen car around Elkhorn.

“The member driving (Const. Ted Smith) tried to get beside the stolen vehicle a couple of times to pull them over,” Cooper remembers, “But the stolen car kept cutting us off.”

Cooper radioed ahead to Moosomin requesting a roadblock but the two 14-year-olds blew right past it doing 85 mph (137 kph).

Cooper knew the only way to stop them was to blow out a tire. He leaned out the passenger side window, aimed and fired. The right rear tire caught fire and the car finally began to reduce speed.

Knowing he'd need his holster for the take down, Cooper turned and reached to get it from the back seat.

At that moment, a bullet smashed through the windshield of the cruiser car and into his back.

His partner aborted the chase and rushed Cooper to Moosomin Hospital from which he was later transferred to Winnipeg.

Meanwhile, other RCMP units took up the chase. They found the stolen car abandoned and staked out the area. Within 45 minutes, the youths, dressed only in lightweight clothing, came out of the bushes with their hands up.

Both teens were sent to Regina and later transferred to the Vaughn Street detention home in Winnipeg.

That’s where the story takes another turn. The March 28, 1962 edition of the Virden Empire-Advance reports that seven males, including the two boys, broke out of the detention centre on March 24.

The boys stole another car, police once again gave chase, and it ended when the stolen car overturned in a ditch near Whitemouth.

For the second time in three weeks, the teens were chased, caught and taken into custody.

Wildman lives up to name

The 14-year-old who shot Const. Cooper during the pursuit was Allan Wildman, a boy with a troubled past. He and his sisters had been given up for adoption by parents who couldn’t raise them and wound up in a dysfunctional home. His criminal behaviour began at age 12.

Cooper meanwhile was undergoing the first of numerous surgeries to remove the bullet fragments from his back. They came within one-quarter inch of his spine. Fortunately the shot did no permanent damage and he made a full recovery.

A few months after the shooting, in May 1962, Cooper returned to Virden and went back to work with the RCMP. He says, “It was my first posting and I liked it there, I wanted to come back.” And with Wildman in jail, he certainly never expected to see his assailant again.

But he was wrong.

Out of the blue

In 1976, Cooper got a surprising phone call.

Wildman had been studying journalism and social work while doing time at Kingston Penitentiary and was writing his Master’s thesis on what happened to him as a youth. He wanted to meet Cooper face to face.

Dora and others tried to talk Cooper out of going. Dora says she was afraid Wildman would try to finish what he started and kill her husband. But Cooper went anyway.

The two men met at Carlton University in Ottawa. They talked about the night of the shooting and the years that followed.

Cooper said he wasn’t angry, that he had only been doing his job which he knew could be risky.

He was pleased to learn that Wildman had not only turned his life around but had received his Master’s Degree in Social Work.

But he recalls that Wildman showed no remorse. “He didn’t apologize to me or ask forgiveness. We just compared our memories of what happened that night.”

In 2014, Cooper’s niece Lyn Fefchak, who attends St. Paul’s United Church in Virden, shared Cooper’s story with the congregation in a talk about forgiveness. It included this quote passed along by Cooper:

“To forgive is to set a prisoner free - and that prisoner is you.”

Tony and Dora Cooper are now retired and living in London, Ontario. 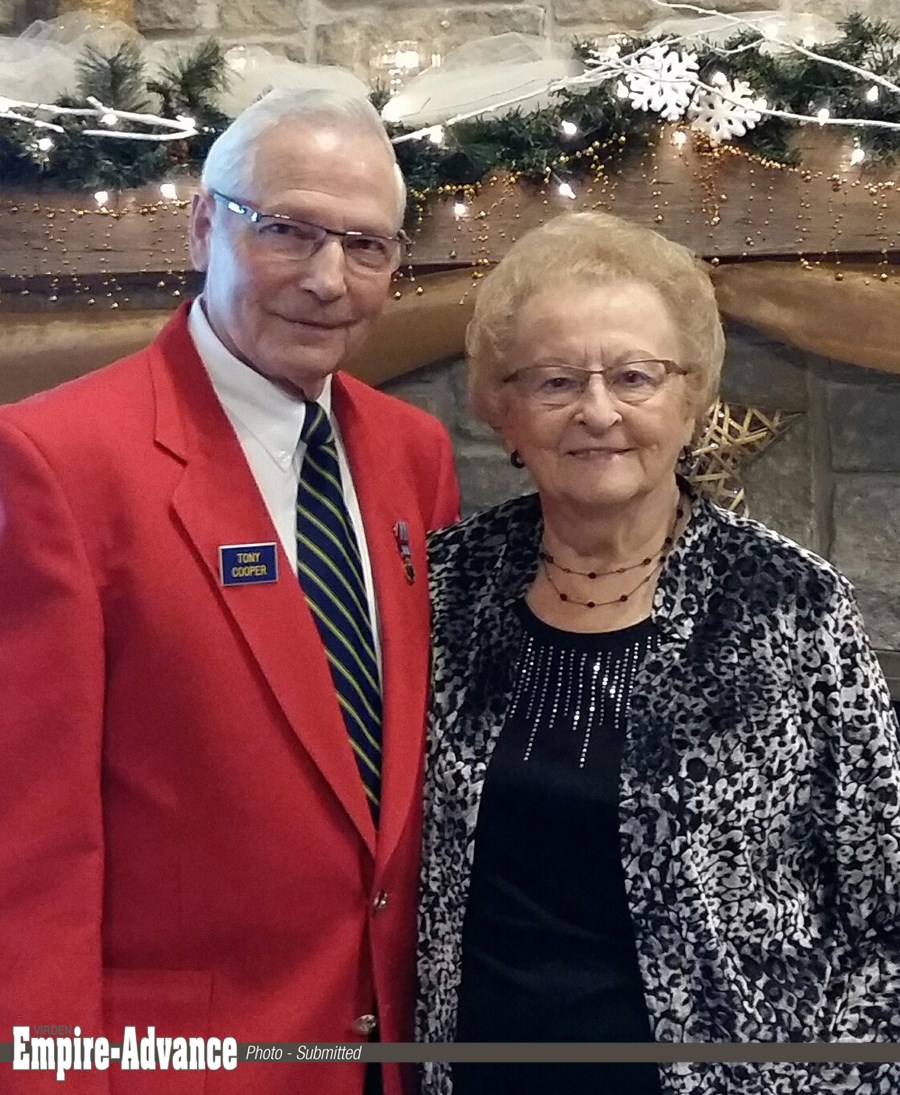