Bill was born in Brandon and moved to Virden with his family in 1957. He played hockey, baseball, basketball, volleyball and golf during his school years.
Jul 31, 2015 10:43 AM By: Virden Empire-Advance 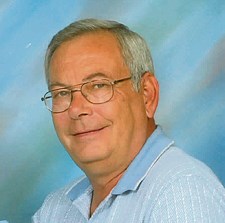 Bill was born in Brandon and moved to Virden with his family in 1957. He played hockey, baseball, basketball, volleyball and golf during his school years.

After graduating from Virden Collegiate, Bill started working for Canada Post, and retired after 34 years of perfect attendance.

Bill married Donna Heaman May 11, 1968. Through the years, he helped coach and coordinate hockey and ball, volunteered with the Virden Elks and Legion, also curled and golfed. He got his hole-in-one at Virden Golf Course. After retirement, we wintered for ten years at Magic Valley Park in Weslaco, Texas. Bill played pool, golf, shuffl eboard, danced, and volunteered for several activities. We made many new friendships.

Predeceased by parents Dot and Ed, sister Pam Bryce and brother Wayne. Funeral service was held at St. Paul’s United Church, May 2, Father Don Bernhardt offi ciating; inurnment at Virden Cemetery. Many thanks to family and friends who visited in hospital and at home. Also thanks for food both at hospital and home. Flowers, cards, and donations were very much appreciated. Donna Smith, Hal, Susan, and family.